Adapting Across Sectors and Cultures in Leadership In Capelle, we believe that leadership is ultimately embodied and is seen in how a person chooses to live out his or her beliefs in the different contexts – professionally and personally. This article features an interview that was done with Mr. Larry Choi, who generously gave his time to share with me his leadership journey.

Larry is currently Director and Chief Executive Officer of ISEAS – Yusof Ishak Institute and Head of the ASEAN Studies Centre and Singapore APEC Studies Centre at the institute. He started his career in the Singapore Armed Forces (SAF) and held various appointments; and became Director of the Security and Intelligence Division in Ministry of Defence. Thereafter, he was appointed the Permanent Secretary in the Ministry of Transport before moving to become the Permanent Secretary in the Ministry of Environment and Water Resources.

VICTOR: Looking at your vast portfolio of work and rich experience, how did you adapt as a leader across different sectors and cultures?

LARRY: Each leadership situation is different and therefore requires different approaches and styles. For example, a smaller organization requires more personal contact and direct verbal communication, whereas larger organizations require influence to be exerted through written messages, videos and more recently the use of social media.

When I was in the Ministry of Environment & Water Resources, the ministry headquarters was small and located within two levels of the building. This made it easy for me to walk around to talk to people rather than call them on the phone or send them an email for some form of communication. At first, staff were not used to having me walk over to their cubicle so I asked my assistant to call ahead. But after a while they got used to it. Sometimes, I would also walk around casually just to chat with them when I had time to do so.

Within the Environment Ministry, one of the things I realized that I also needed to do was to reach out more widely to the staff outside of my headquarters and also to the public at large through the use of social media. As an older person, using social media actively was not something that came naturally to me. Taking appropriate photos, including selfies, composing posts that are interesting and sharing them on my personal social media account was something I had to learn from scratch in order to communicate to the wider ministry staff in particular, and public servants in general. At first, it was most unnatural, but over time it flowed more easily.

Another change I had to adapt to was to give talks in more casual and informal contexts. Whereas my public speaking in Defence and Transport required more formal speech making; my time in Environment required more engagement in smaller groups, townhalls and events. This required a different style and form that I had to gradually get used to and improve on. What remains unchanged is that people are people wherever they may work, and connecting with them in the best way possible is important for a leader.

VICTOR: I love this leadership mindset – “Connecting with people in the best way possible is the most important for a leader.” I suppose this mindset and core value helped you to adapt your style, be it to speak more formally in bigger settings or to engage in smaller groups and doing chit chat with those you lead.

VICTOR: Your leadership appointments often bring you to a new context that is vastly different from the previous. How do you get yourself prepared?

LARRY: One thing I really believe in is knowing your stuff. As such, I had to learn new things about different sectors as I moved to them or even when new things happened in the sector, I was already in. For example, I was involved in security work when the September 11 terrorists’ attacks took place. In order to adapt, I had to develop new competencies by learning about the deviant extremist beliefs of the Al Qaeda group as well as their offshoots in our region. This meant reading up on the history and political context in which these deviant beliefs and groups came about.

Similarly, when I first joined Transport Ministry, I had to learn a lot of the past policy thinking and decisions that led to the structure and situation at that time. Beyond that, I also had to read books to understand the economics of the industry and the policies and practices in other countries. To understand the ground situation in terms of public transport, I also started taking public transport regularly myself in order to experience it and see the perspective of users of the system.

VICTOR: How do you ensure throughout your leadership journey that you stay in touch with the ground? What are some practices or habits you have personally built?

LARRY: As I have mentioned, I took public transport (both the MRT as well as buses) to experience what commuters go through as well as what public transport workers have to do. The other thing I tried to do was attend to some public feedback myself instead of asking others to deal with it.

There was once a very senior private sector executive who made a complaint to me and demanded that a road junction modification made by LTA be reversed. I replied to him personally after gathering information on the situation to explain to him why the change was needed by the end of the day. He then wrote again the next morning updating what he observed and giving additional reasons for the need to reverse the change. I then went down to the junction with an LTA staff and we walked through the situation. We decided to add a minor additional feature during that visit that was then done overnight. I wrote back to him and he was satisfied with the modification after observing it for a while. It was a win-win.

VICTOR: I am struck by how you personally dealt with the feedback to stay in touch with the ground. That must be inspiring for those who were working with you. What might be some leadership principles that you have picked up over the years?

LARRY: All leaders must know what their goals are, work out how to achieve them and then communicate these points to their different layers of co-workers. So, there is an intellectual process that needs some thorough homework and pulling together expert views to find an ambitious yet attainable set of goals and a realistic plan to achieve them. Then there is the need for a deliberate dissemination process in which we bring everyone on board, which requires repeated communication at many levels and conscious emphasis using different avenues.

VICTOR: Could you share a story of a goal that you had to bring everyone on board and how you went about doing that?

LARRY: When I joined the research institute that I work in today, we had a culture where researchers would decide on their own research plans quite serendipitously based on their understanding of the institute’s broad directions. I felt that this was not the most beneficial or effective process for both the researchers and the institute to achieve what they wanted but it was not easy to change. After some time, I decided to start a monthly meeting with all our research coordinators as a gradual exercise to improve collaboration and change the culture.

It took a while to catch on but we persisted. We also tweaked the format and added topics for discussion as time went along. Coordinators who were based overseas joined by Skype and later Zoom. And of course, everyone went on Zoom when the pandemic made it impossible to meet. Over time, it has become the most productive meeting we have in the institute and the nerve center for everything we do. I think everyone involved is also happy to be part of it because it is helpful to their work.

When I ended the interview, what stood out was the leadership belief that Larry articulated at the beginning – Connecting with people in the best way possible is the most important for a leader.

I hope that as you read this interview with Larry, you are encouraged and at the same time challenged to intentionally think about how you need to be an agile leader to adapt in different contexts with different groups of people.

The Covid-19 pandemic was a rude shove that caused our working lives and routines to crash, like a Jenga tower. As the world scrambled to adapt, many of our long-accepted practices and beliefs were challenged. We soon learnt that teleconferencing was not...

END_OF_DOCUMENT_TOKEN_TO_BE_REPLACED 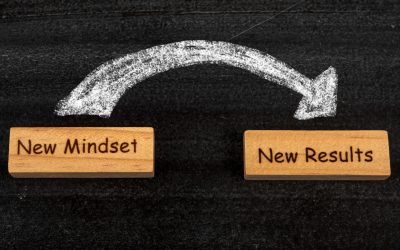 “Do I belong? Or am I fitting in? There is a distinction between fitting in and feeling belong. Fitting in is not belonging. When we attempt to fit in, we are changing ourselves in order to be accepted. We are not seen as who we really are and, that can be a lonely...

END_OF_DOCUMENT_TOKEN_TO_BE_REPLACED

Webcast Duration: 13mins 06secs When implementing change, we take effort and time to ensure the appropriate hard and software are in place, likewise, we should also consider the same effort and time to help people get ready for change. Join our Consultants, Claire Lim...